The Ackermans Style Squad is the ultimate competition for little fashionistas in South Africa. According to the organisers, “It’s all about fierce fashion for kids, by kids”.

Launched in 2014 as a kids’ blogging competition for dedicated followers of fashion to showcase their creativity and own inimitable style, the 2017 Style Squad challenge was an exhaustive search for budding trend-setting fashion designers between the ages of nine and 15. This year contestants faced off in five fashion-related tests, pitting their creative skills in a bid to secure the coveted top spot. The top 20 finalists won their share of R250 000 in prizes and the title of “Style Squad 2017”.

Hotly contested, with a large field of highly talented entrants, from whom 50 semi-finalists (25 boys and 25 girls) were drawn, only one boy and one girl were ultimately chosen from the 20 finalists to take top honours and the opportunity to fast-track their future careers in the glamorous and dynamic world of fashion design. The triumphant duo are to enjoy the privilege of being flown to the Ackermans headquarters where they will be tasked with applying their skills to designing their very own clothing range with the expert guidance of the fashion house’s buyers. The winners’ clothing ranges will be manufactured and marketed exclusively in Ackermans stores nationwide – a dream come true for any aspiring fashion guru.

In early September Woodlands International College received the gratifying news that Daniella Dos Santos, a Grade 9 student, had been awarded the illustrious prize for winner of the girls’ division of the Style Squad competition. Ackermans recently conferred the title on a justifiably proud Daniella at a surprise ceremony held at Woodlands, and handed over her prize together with R5 000 for the school. Her fellow students as well as Senior College staff also celebrated her accolade and were treated by Ackermans to special gift bags.

Daniella travelled to Cape Town last week to begin her stint with Ackermans, working alongside the company’s own designers and interfacing with its international buyers and CAD (computer aided design) designers to create her own clothing line – her fellow students, teachers and parents of the school are all anticipating seeing the fruits of her labours in store next season! 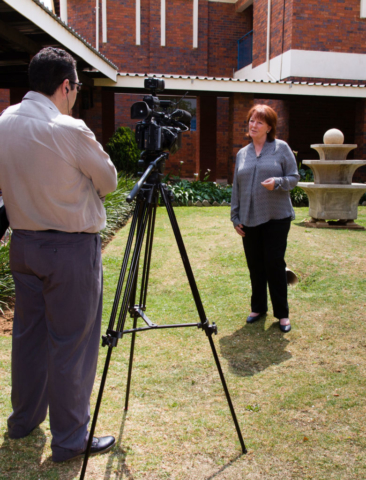 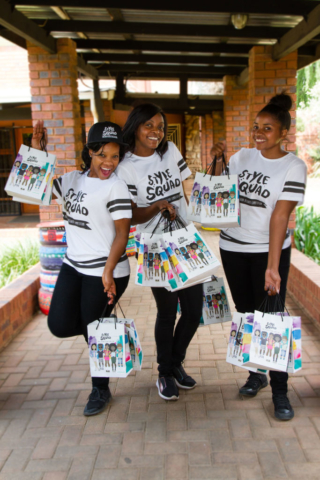 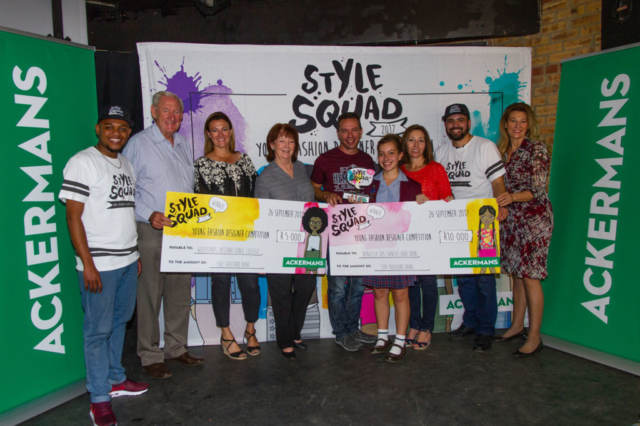 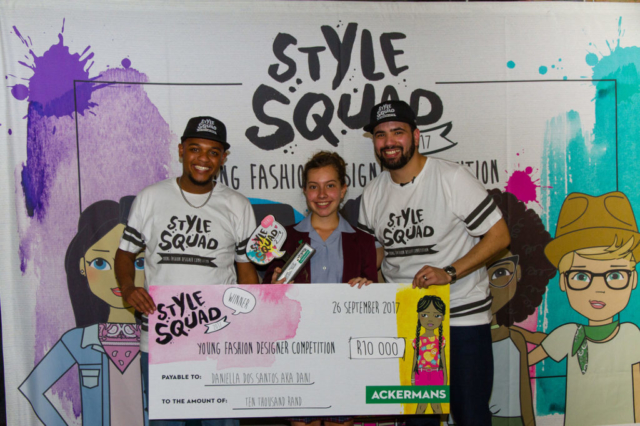 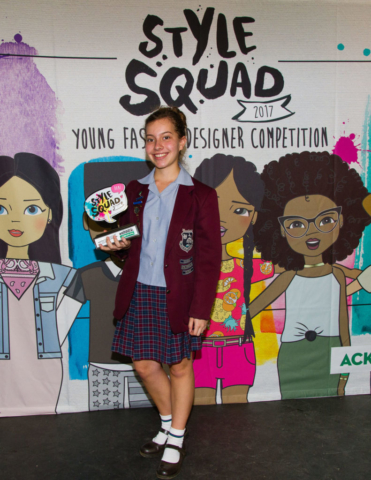